CEO Message to Shareholders and Investors

We live in a time that is confronted by many pressing issues, including climate change, energy security, energy independence, and the risk of resource depletion.

Faced with these challenges, the world is increasingly turning towards decarbonizing their energy systems, and countries around the world are working towards achieving ambitious targets for renewable energy adoption. Already, some European nations meet about half of their national power demand with renewable energy, whose generation costs already approach that of traditional thermal generation methods. 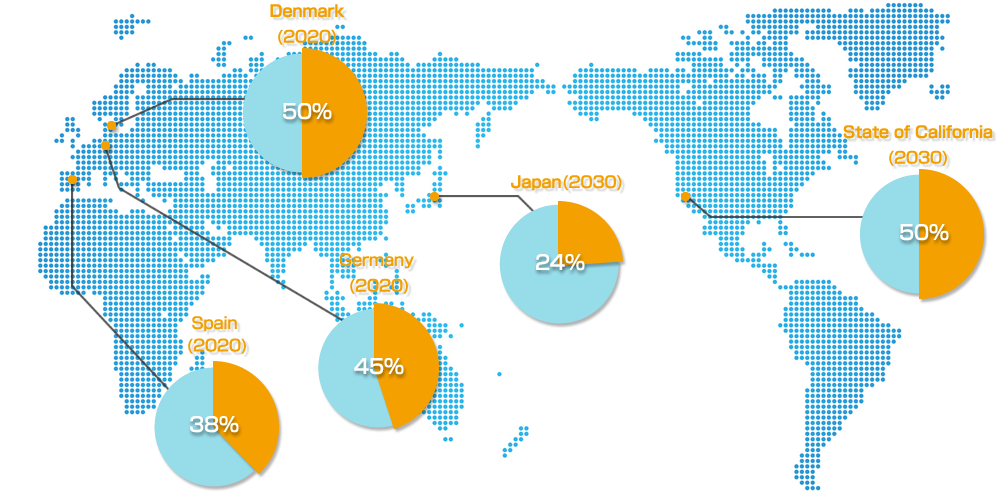 Source: Material RENOVA prepared on the basis of figures announced by individual countries

Following the 2011 Tohoku Earthquake and against this global backdrop, Japan announced its energy mix policy in 2015, and has set a goal of generating between 22% to 24% of all electricity from renewable energy by 2030. This target can be contrasted with the amount of renewable power generated in Japan during 2013, of just 14%. 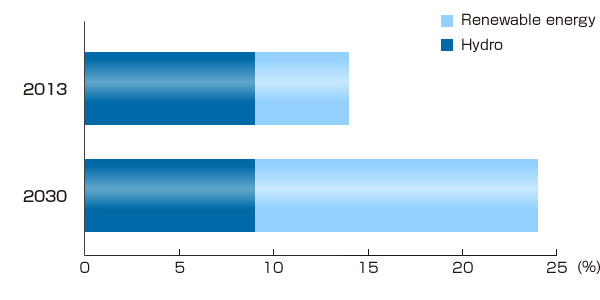 Source: Material prepared by RENOVA based on the Long-Term Energy Supply and Demand Outlook, published by the Agency for Natural Resources and Energy under the Ministry of Economy, Trade and Industry in July 2015

We at RENOVA, believe that large scale and cost efficient deployment of renewable energy is a key element of solving these pressing challenges. RENOVA is engaged exclusively in renewable energy, and we source, develop, finance, and operate renewable energy power plants including solar PV, biomass, wind and geothermal. As the first publicly listed pure-play renewable energy developer in Japan, we pride ourselves on being an industry leader.

For every project we develop, we seek to build long-term win-win relationships, engage local stakeholders, and fulfill our commitment of generating sustained growth in shareholder value. We intend to continue expanding the breadth and scale of our generation portfolio to further cement our position as Japan's leading renewable energy developer.

We thank you for your continued support.